Member of the United Franchise Group and an extensive coworking startup Venture X recently announced the appointment of Jason Anderson to be its new brand president. According to the statement released by Venture X, this appointment comes as a part of company’s effort to expand and accelerate its growth all over the world.

Anderson has been contributing in various areas under UFG, serving as President of Accurate Franchising before coming on board with Venture X. He has also played a role as UFG’s Director of Franchise Development and Chief Technology Officer. Prior to joining UFG, Anderson made a breakthrough in his career by founding Premier Property Marketing Group in Dallas which earned him a place in Forbes “30 under 30” list.

Founded in 2012 by a father-son duo (David Diamond and Brett Diamond), the company opened its first location in Naples Florida. Over the years it has spread its roots to various places.

“The growth of the Venture X brand has been tremendous, and we are committed to moving more resources to support expansion. Venture X has quickly become a top tier player in the shared workspace environment because we meet the needs of more seasoned professionals and established brands,” said Ray Titus, CEO of United Franchise Group. 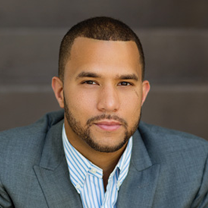 Anderson is entrusted with the responsibility to oversee and grow Venture X coworking business across many targeted locations including Australian cities of Sydney & Melbourne. On the other hand, former Venture X CEO Tom Weber will now be working as the Executive VP of Operations, a well-suited position for his substantial experience in the same field.

The company has a commanding position in places like Texas, Las Colinas Village, Harlingen, Brownsville, Dallas (Alpha Road), Plano (Legacy West), and Richardson. Due to its increased popularity, there will an expansion of San Antonio location to satisfy the growing demands. Apart from this, Venture X came up with two new offices in Florida, one located in West Palm Beach and the other in Palm Beach Gardens. Another feat of success for the company was when it’s first franchised location in Mississauga, Canada filled in capacity. It is now planning on opening a new location close to the previous one.

As of now, the company has made its presence in twelve states of America which include California, Colorado, Florida, Louisiana, Indiana, Ohio, South Dakota, Texas, Utah, Virginia, Wisconsin, and Massachusetts. Venture X also has a location in Canada and will be opening soon in Australia.

“Venture X is unlike any of the other shared workspace concepts out there,” said Anderson. “The upscale, premium environment provides a workplace for professionals who want to project an image of success to their clients. We consistently focus on quality, and our value-added offerings are the cornerstone of the membership experience.”

The goal of Venture X for the year 2019 is to establish their workspaces in 100 locations. Together, Anderson and Weber plan to invest in the region of market growth so that by the end of this year the set goal can be accomplished. The targeted areas are Campbell Center-Dallas, TX; Orlando and Doral in Florida, Farmington, UT; Richmond, VA; Marlborough, MA; Indianapolis, Houston and a couple of more locations in Texas. The year ahead will contribute to the major development of the company.

United Franchise Group offers franchise development services to the world’s leading brands and has made a mark over the years of its existence. One such brand is Venture X, a coworking space and community, offering shared services for boutique hotels and working spaces. It offers flexible membership plans for renting shared and dedicated desks. There is also an availability of other spaces like private offices and conference rooms. These plans enable a person to avail various additional facilities like phone booth services, fiber internet, access to common Venture X coworking spaces around the world and many more. The company also gives franchisees for modern workspaces.